The design exercises that were undertaken in 2011 and 2012 will happen again in 2013.
In 2011 the group met on the second Wednesday of the month and made row-by-row quilts based on design elements set each month.
In 2012 the group met again and this time the design opportunities were expanded. You could make a row-by-row quilt, or create a feature block each month and then incorporate the blocks into a quilt. Some members chose a different path- one made a jacket, one made a set of Christmas-themed placemats, one a tree skirt and another made a pincushion each month.
Set out below are images of the final (or nearly final) projects. 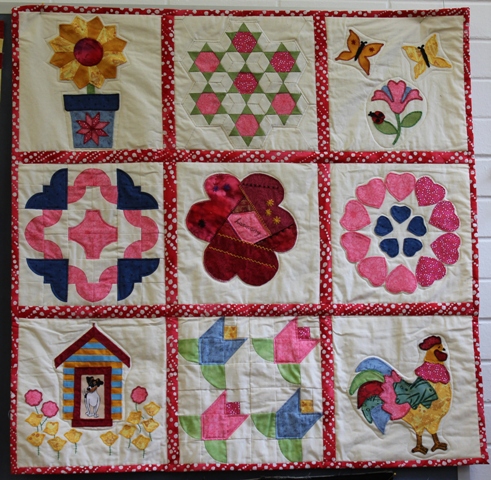 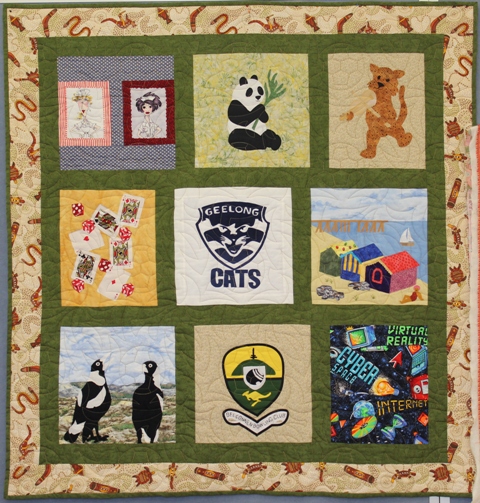 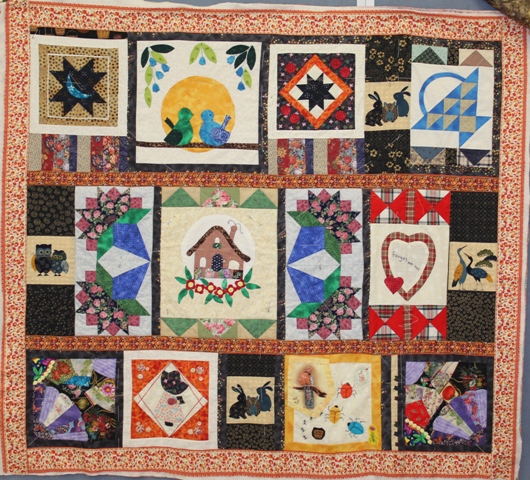 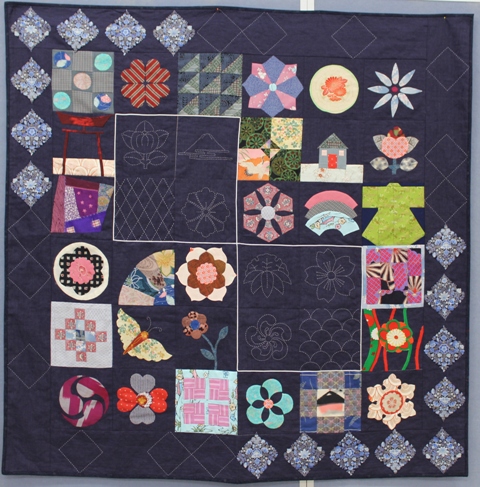 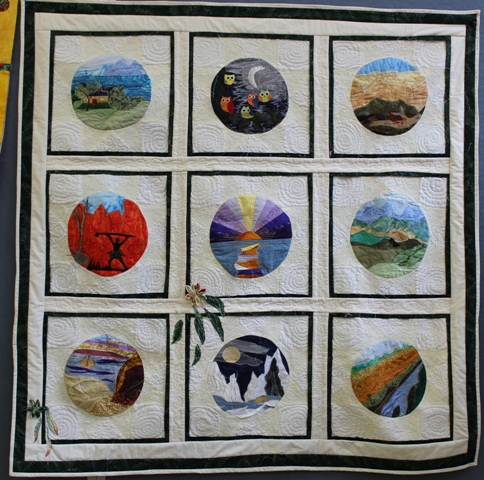 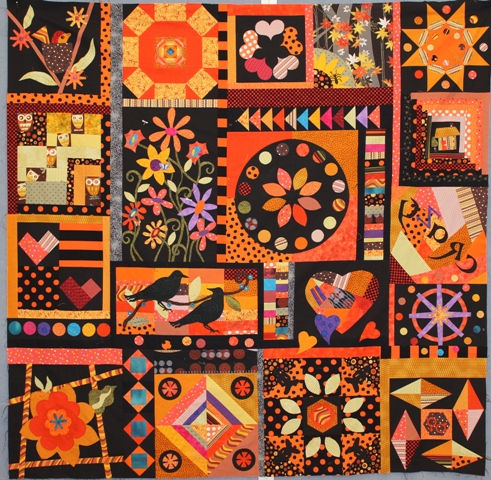 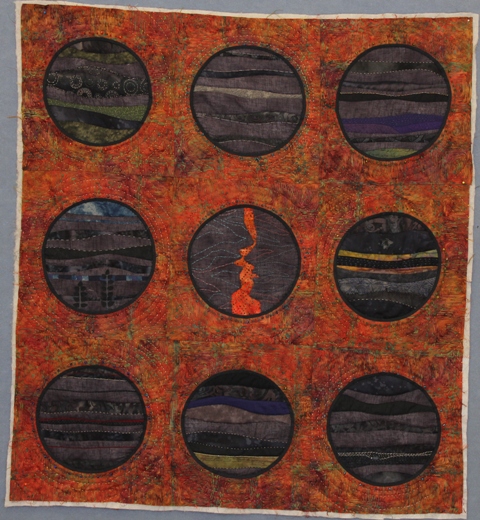 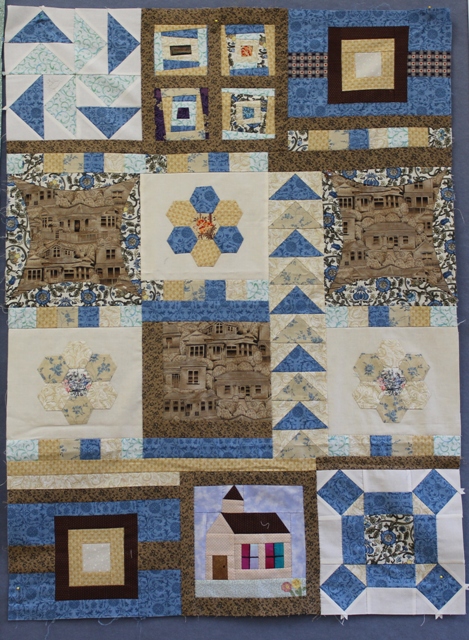 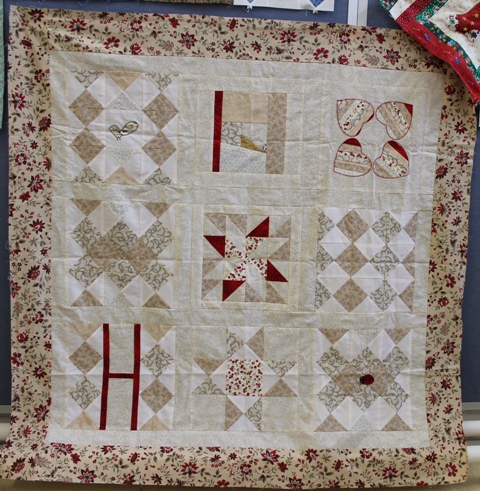 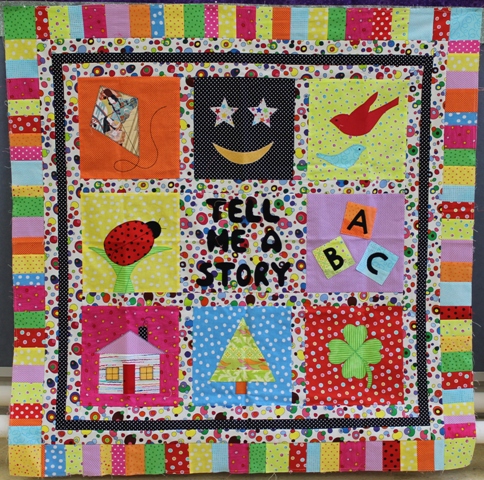 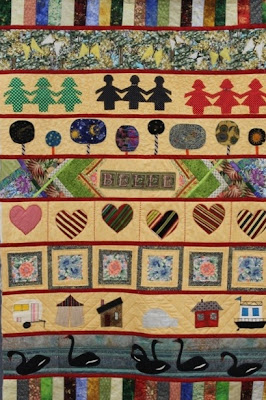 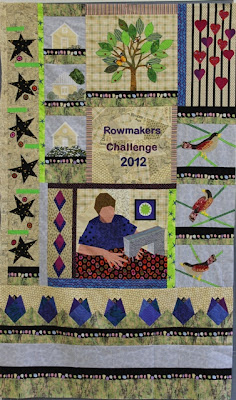 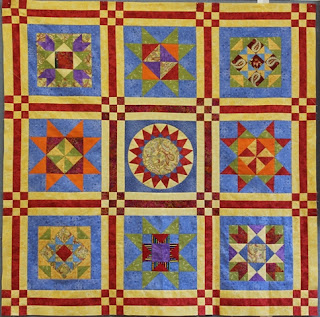 Look out for future blog posts about the first meeting in 2013 on February 13.