The last meeting on 13 April came up with a name for the meeting – ROW (Rowdy On Wednesdays)makers, courtesy of Sandra Farley. The name reflects the energy and enthusiasm of the group. Thirty five people attended, including a visitor from the UK.

Here are some images of the rows- two having been completed. Some people have chosen a vertical orientation, instead of the more usual horizontal. 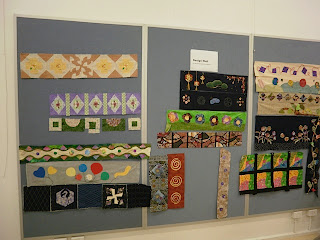 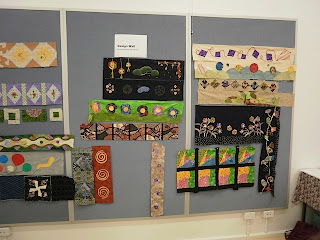 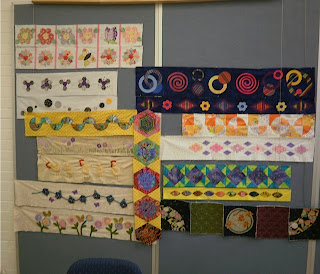 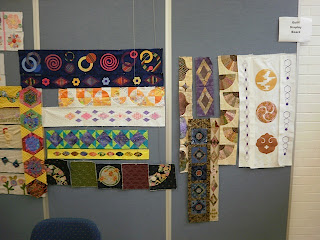 The next elements to be incorporated are stars (chosen by Jacquie Rogers) and stripes (chosen by Margrit Davies).  The next meeting of ROWmakers is on Wednesday 18 April, 10.00 am for a 10.30 start. See you there with your three completed rows!