We have just held Desperation Week for 2015. This is the time where members get together for a week in the CQ room to sew on a project they are ‘desperate’ to finish. It is very productive as you can see from the images.

Last year we had the witch finger tool introduced, this year it was a quilted scissor/ tool holder. The pattern was made from folding a piece of A4 paper. Some members were totally captivated and went into a production line or made smaller versions. Full instructions are on the Miss Sews-it-all blog, here. 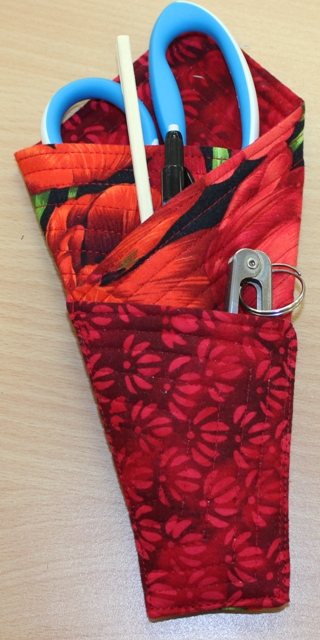 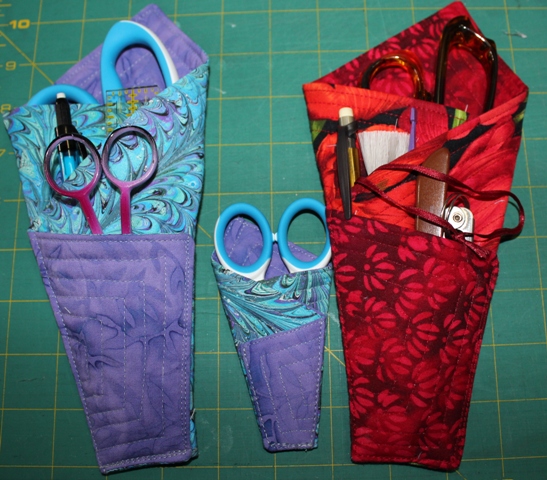 and a few more to break up the pinwheel production line

Jan worked on her Rowmakers quilt from 2014 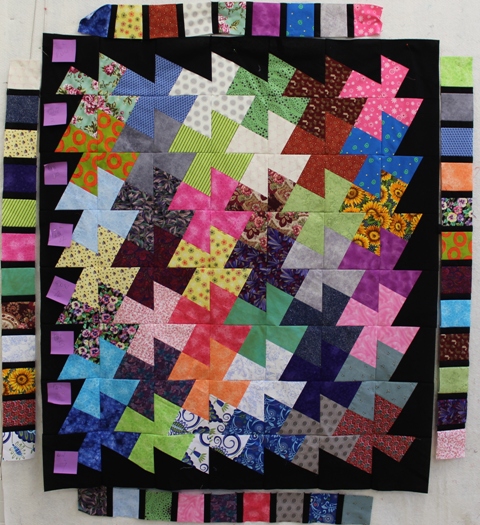 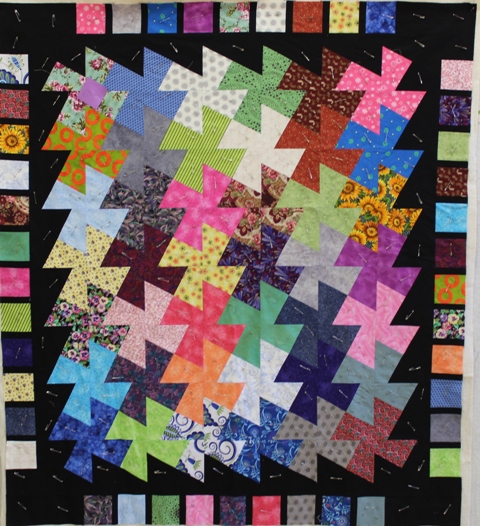 Here is the final quilt, pin basted and ready for machine quilting 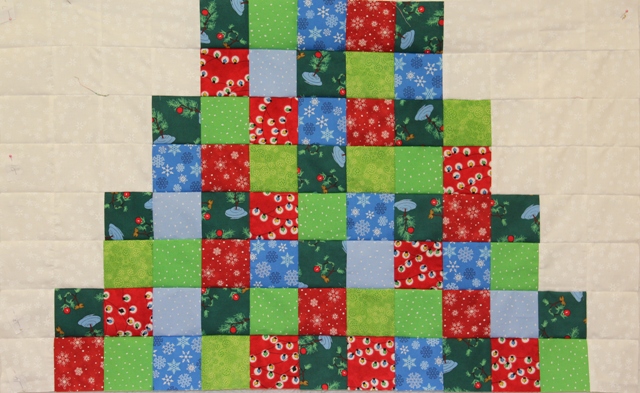 Melinda started her ‘little twister’ Christmas tree – this is the before top – yet to be cut and resewn, like Mary’s 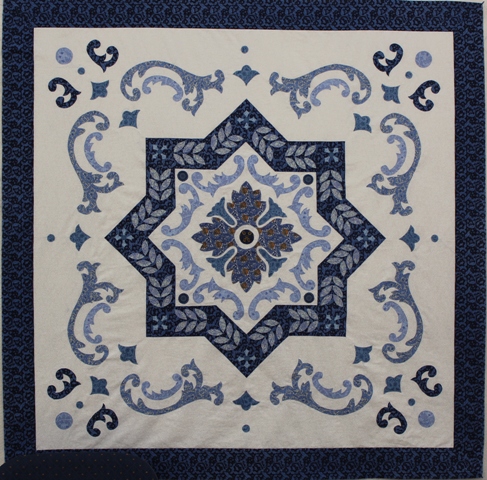 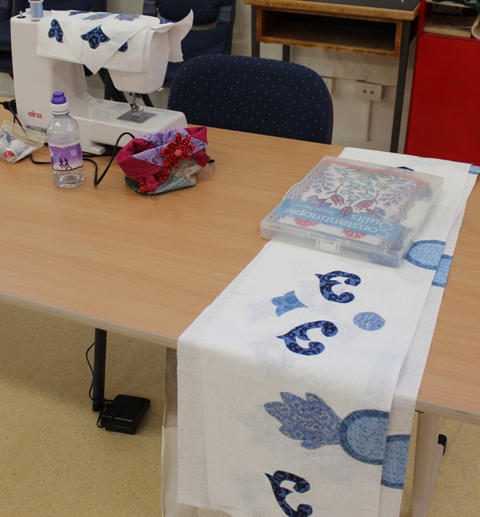 Side borders and corner pieces, waiting to be added 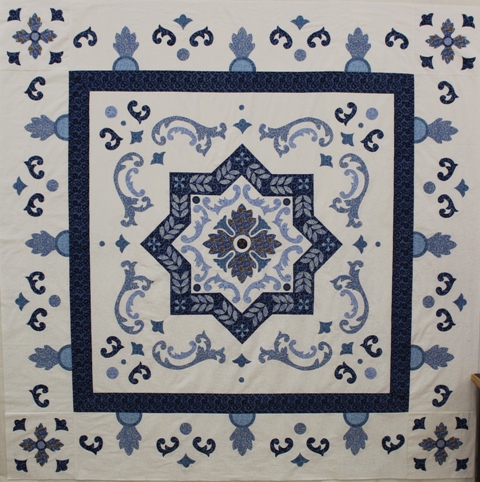 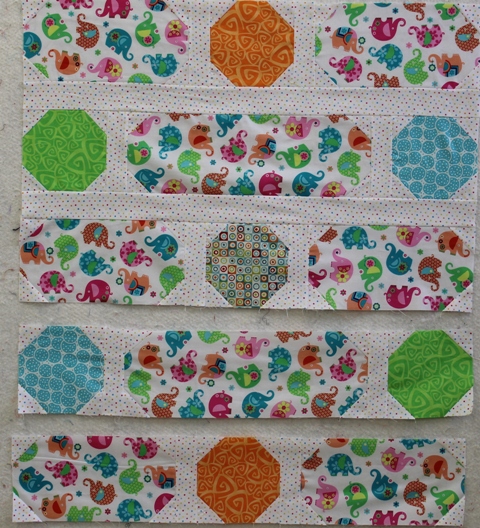 Jenny made a quilt for a new great-grandchild

Liz worked on the Canberra Quilters 2nd raffle quilt for 2016 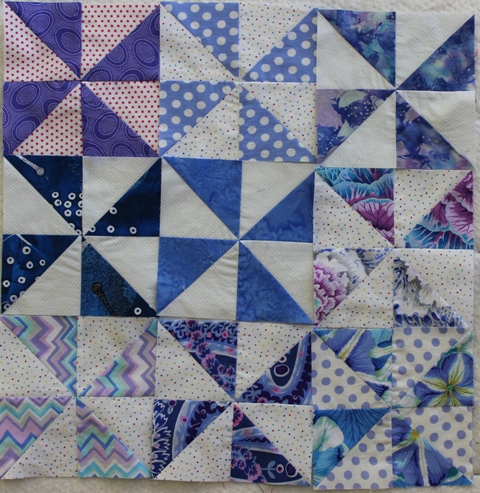 At the end of the week many quilt tops have been made or moved along , quilts basted, quilts quilted. There are more images on the Canberra Quilters’ Instagram page – link 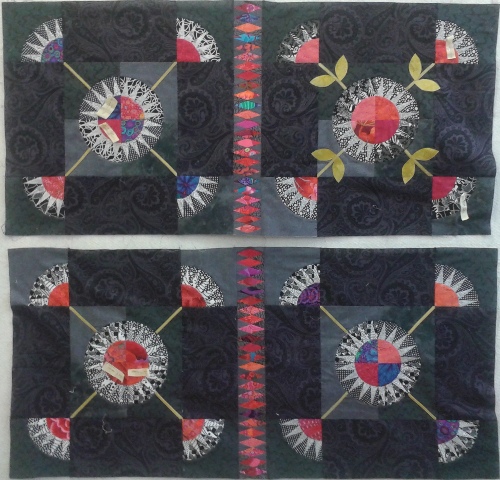 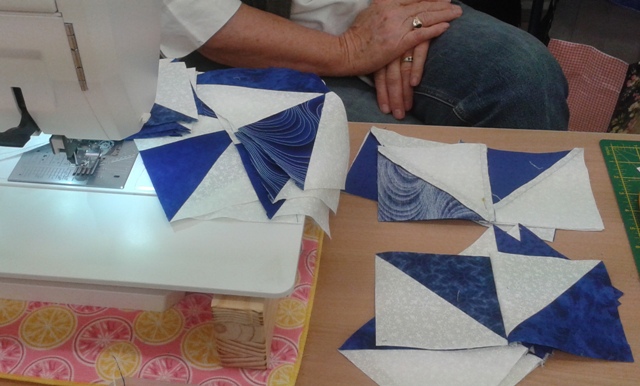 Mary made many pinwheels 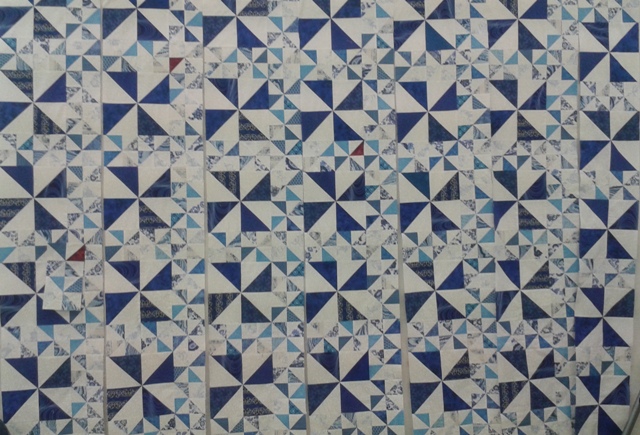 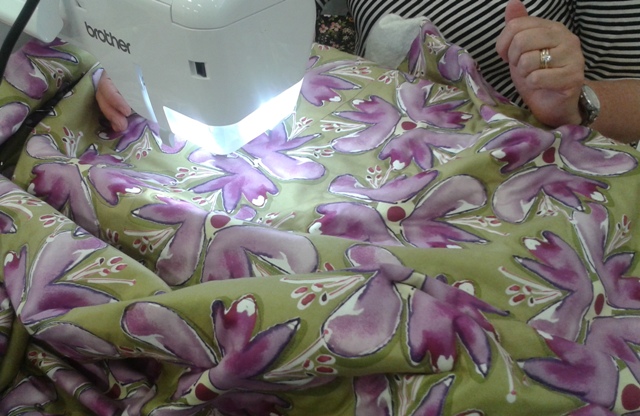 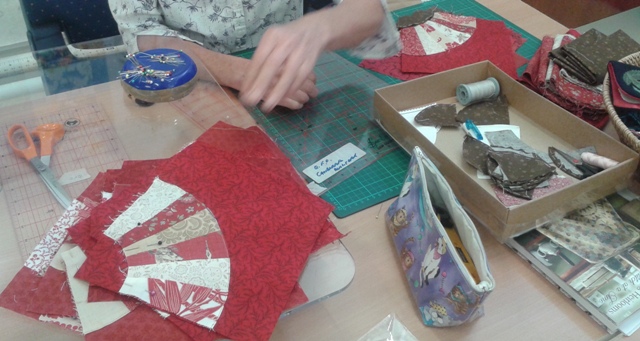 Trish made many blocks for her next quilt 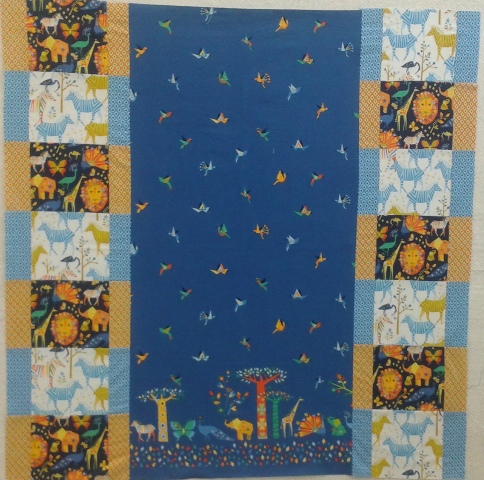 Jan finished a charming top for a child’s quilt using a border print as a feature. 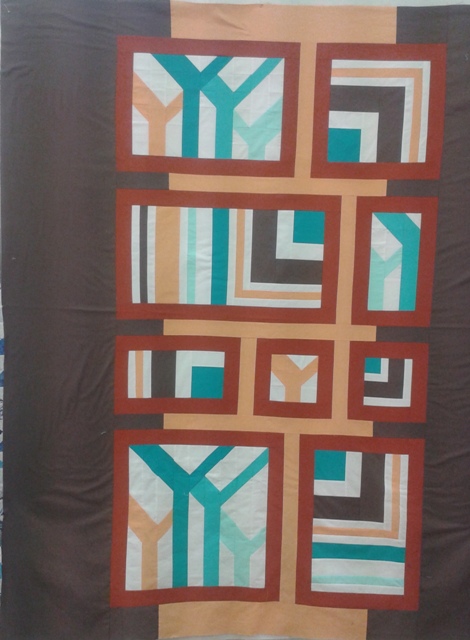 Another of the quilt tops Jan finished during the week.

This year Canberra Quilters is running ‘Desperation Week’ from 27-31 October. Members have signed up to come to the room for a week and sew on their respective projects.

Some are sewing to meet deadlines for Rowmakers ,the UFO pledge or for Christmas. Others are sewing on a particular project(s) that they want to have some concentrated time on. Kay has sewn some Blankets of Love produced from applique done at the Biggest Morning Tea in May. Today some members “dropped in” and did some hand sewing while ‘the desperates’ worked away on their machines. Yesterday another member dropped in to baste a couple of quilts on the pinning table.

The name came about when a group were sewing last year and they were each ‘desperate’ to get something finished and wanted to have some concentrated sewing time.

Here is a look at some of the ‘in progress’ works: 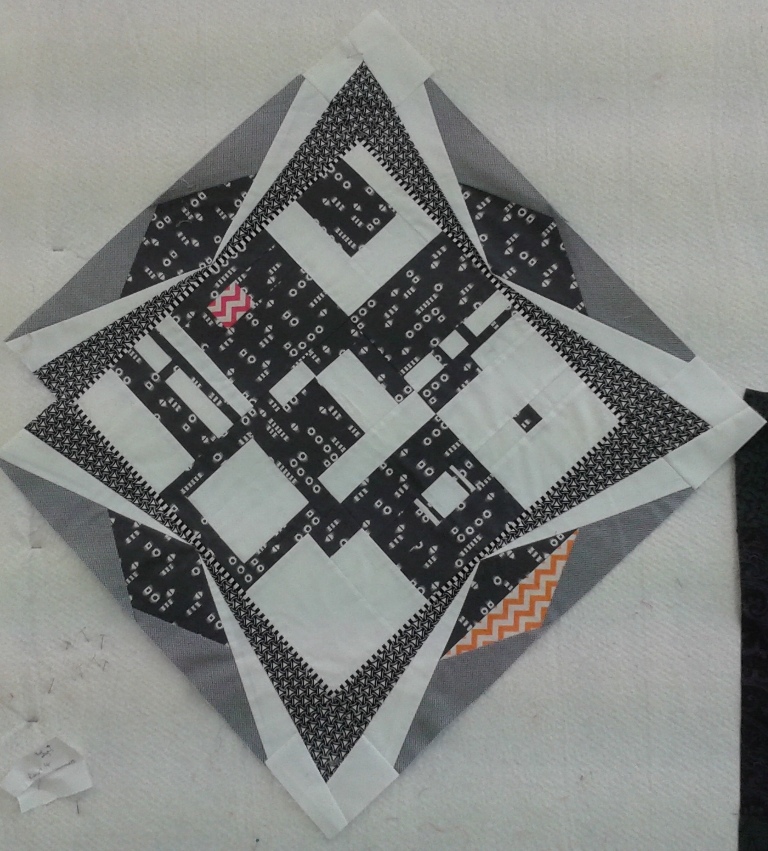 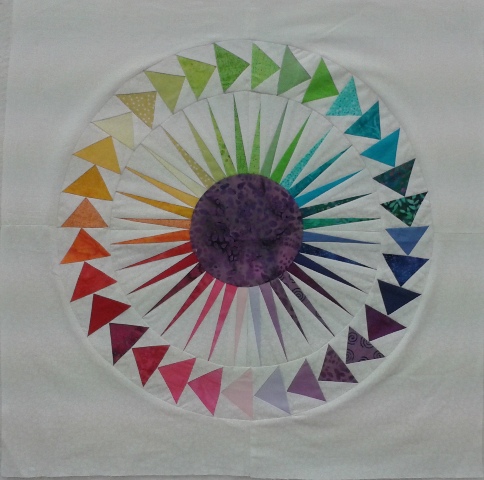 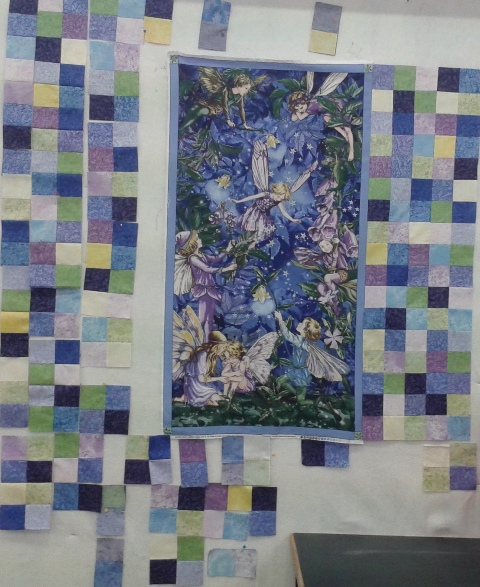 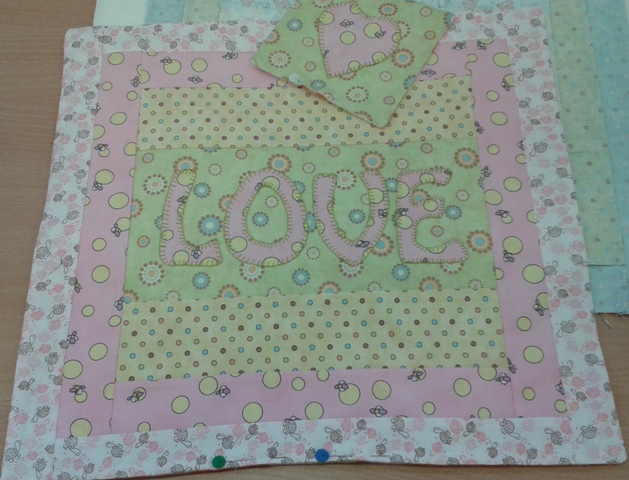 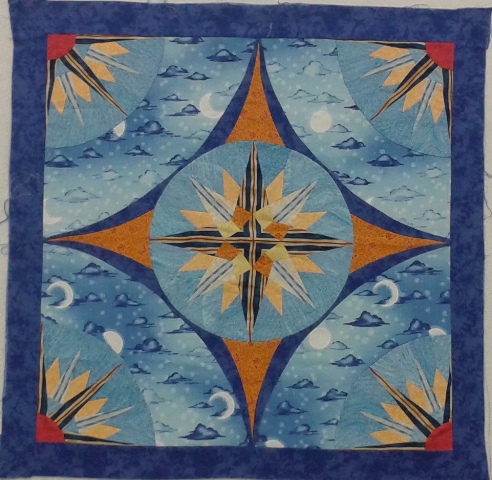 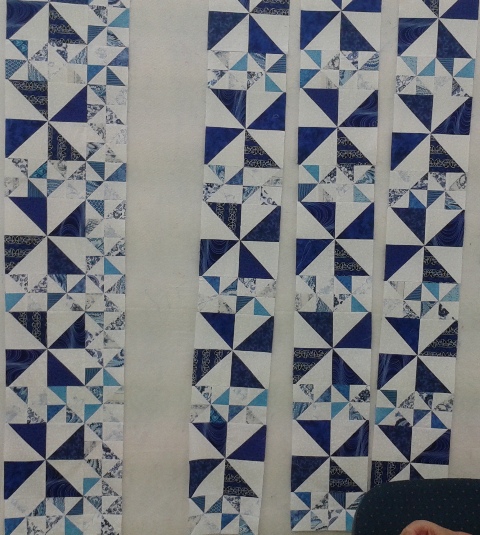 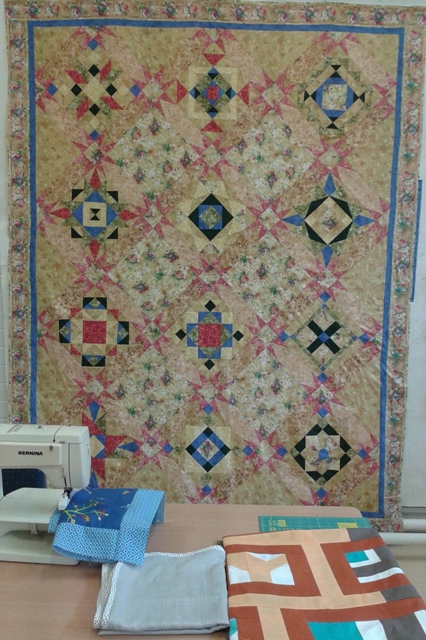 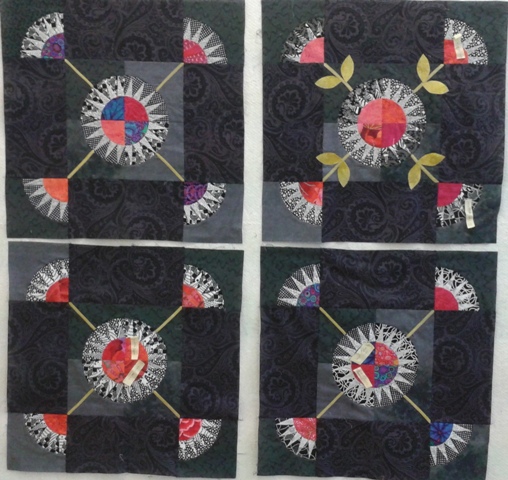 Two more days to go to get some of these works further advanced.